Skip to content
Courtney Ferret Facts, Ferret Food October 27, 2019September 4, 2019cat food for ferrets, do ferrets get along with cats 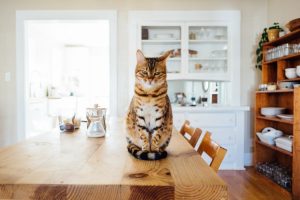 Have you ever wondered do ferrets get along with cats? You may love animals, and you are thinking about getting a ferret. However, since you already have a cat, you are in a dilemma. You are not sure if they can live together in peace.

The good news is that ferrets can live in a home with cats, but you will need to follow some rules to make that possible. Here is a detailed guide of everything that you should know about the topic.

Will a Ferret Be Happy to See a Cat in Their New Home?

If ferrets could talk, they would answer with yes to your question, “do ferrets get along with cats?” These are playful and carefree animals, and they usually see everything around them as a playmate.

That includes toys, objects around the home, but also homeowners and other pets. The chances are a ferret will want to play with your cat as soon as it arrives. They will rarely resort do defending themselves. That will happen only if a ferret has a reason to believe it is in danger.

It happens rarely, but a ferret can see the cat as a rival. It may be jealous of it, or it wants all the territory for itself. Like people, animals also have different characters. However, ferrets are usually very positive and active, and they avoid conflict.

How Your Cat Will React to a New Pet?

Did you know that owners are nothing but servants to cats? That is what cats believe in with all their heart. As for other pets, they might see them either as prey or a toy.

It may be a pet for you, but the cat is a predator. That is why you need to make it understand the ferret you brought home is not prey.

Ferrets will probably trigger the instinct that cats have to protect their territory. They may not allow the ferret into their space or look for an opportunity to hurt the other animal.

Although it depends on the individual characters, your top priority should be to protect the ferret from the cat.

How to Introduce a Ferret and a Cat 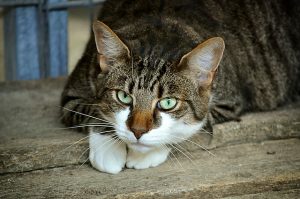 Are you still questioning do ferrets get along with cats? It may take an effort on the owner’s part, especially in the beginning, but ferrets and cats can live in the same home, in fact I have several cats myself!

Let’s imagine if you just bought a ferret, and you are taking it home where your cat lives. You want to secure separate cages and territories for both animals. No one should trespass, and you shouldn’t even use cat food for ferrets.

The idea is to give the animals a couple of days to get used to each other. Your cat will slowly begin to realize another pet is in the house, primarily thanks to its smell.

Once the couple of days pass, you can consider taking the ferret outside and letting the cat visit its territory. Do the same with the ferret the next day. Don’t underestimate the animal sense of smell because it is very powerful.

If you have enough time, you can even mix and match their beddings. That will make the animals even more comfortable with each other. The key is in adaptation, which is why you shouldn’t rush things.

It is only after a week or so when you should arrange the first hanging out session. They will react differently – the cat will be cautious, and may even want to sniff their new companion.

Ferrets will be eager to play, and they can play hard. For example, they may hang onto the belly of your cat, which can annoy the kitty. That is why you should be around to ensure nothing goes wrong.

Here are some additional tips to apply:

The overall introduction phase shouldn’t last for more than a couple of weeks. However, make sure to take things gradually. 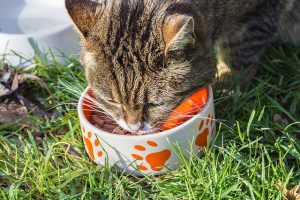 Ferrets are not as popular pets as cats, which is why you may have problems finding specialized food for them. Your local pet store might not have it today, and there is no more left at home. You don’t have time to order online and wait for delivery. That is why you consider using cat food for ferrets in your home.

The good news is that these two animal species eat similar food. However, ferrets need more fat and protein than adult cats. That is why the best cat food for ferrets is the one for kittens.

The crucial consideration is that the food cannot contain carbs because ferrets cannot digest them. Oh, and it may be wise to separate the feeding place for your animals. That way, you will avoid them fighting over the food bowls. As long as they are both happy, the answer to the “do ferrets get along with cats” question will be a positive YES!