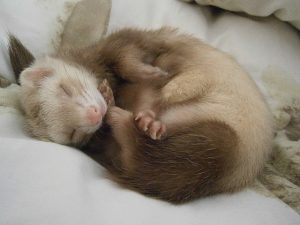 Pets are the next best thing that we can have as companions aside from another human being. There are a lot of people who would even prefer the company of animals rather than other people. This beginning to be the trend for most individuals born in the 2000s onwards. Some are not even interested in forming a family and getting married. Cohabitation is a common phenomenon for many couples, and LGBTQ+ people are not known for their reproductive functions either. Most prefer pets at home, and they treat them like their children.

There are a lot of animals to choose from when it comes to being house companions. However, two kinds dominate the most in numbers: dogs and cats. It is understandable since these two have been domesticated long before our ancestors realized that the world is not flat. Dogs were very popular before because they were (some still are) good hunters. They also provide additional protection to the home, especially the larger and combative breeds. Cats, on the other hand, were kept as pets because they prevented the mice population from growing. This is why they were also mostly found in farms and bought immediately if they are good mousers. Learn about the history of cat domestication in this article: https://www.newyorker.com/tech/annals-of-technology/are-cats-domesticated.

Nowadays, people have pets because they don’t want to be alone. They are great companions for some people because they don’t have to make a conversation with them. These animals can just sit there and cuddle or sleep on your lap. Most dogs and cats do this because they probably like their owners as well. They are already considered as part of the family since everybody dotes on them. We know people as well who adopt these animals just because they can also be found on the streets. However, they are not the only ones that can be house pets as well.

Smaller animals have become more popular as we have learned all about them. Hamsters and guinea pigs seem to be the popular animals to have back then. These days though, there are a lot of other rodents to choose from as mice and gerbils have also exploded on the scene. There are still quite small animals like rabbits and hares but some people have been traumatized by their tendency to eat their young when stressed. However, another popular option that has been gaining traction in the pet world is ferrets. Contrary to popular opinion, they are not rodents. 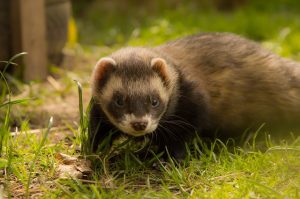 Ferrets are actually from the family Mustelidae, and their nearest siblings are the weasels and polecats. They are characterized by their elongated body, weasel-like features soft fur that comes in white or combination of earthy colors. They are characterized as playful, mischievous and fun-loving creatures. As they are quite small, many pet owners bring them along when going for walks just draped around their necks like a living scarf. As they are quite adorable, they are also popular with children. However, they are not good with babies because they tend to bite. Also, you need to be there and guide the children while they play with the ferrets.

It is also important to care for these ferrets, and it can be quite different compared to a dog or a rodent. The nearest pet that you can relate to a ferret is cats. Both were domesticated to control vermin in areas around the world. Both are also eating meat and would prefer it that way. Many pet owners use cat food as a substitute for ferret meals. However, they need to eat real meat as well as insects so that they would survive. There is another difference between the two animals: ferrets need to have cages. If you are a first-time ferret parent, here are some of the reasons why you need a cage: 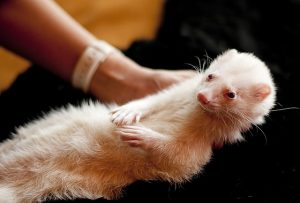 Adult ferrets are usually the size of an adult human arm. They are also very flexible due to their backbone being the longest relative to their body size. This means that they can fit in almost any hole or crevice. If the cage that you have chosen is not good enough, then they can fit in between the bars as well. Once they are out of the cages and you are not around, it can be very difficult to track them down. There are some ways that you can mitigate this like training them through sounds, but they might be long gone before that even works. Most domesticated ferrets cannot survive in the wild especially there are a lot of predators around like birds, dogs, and humans. Learn about some of the top options here for your ferret cage.

As once mentioned before, ferrets are playful creatures that are usually friendly with any person especially if they are trained. However, they can be quite vicious if left alone especially with children. They are not like dogs and cats who can still tolerate small humans. Ferrets like chewing on anything and one of their favorites is meat. Babies have delicate fingers so these can be a prime snack for the ferrets if they are left alone. If you have a ferret before you had a baby, make sure that it stays in its cage while the baby is around. Better yet, please avoid getting one if you have small children at home. Wait until they grow up.

Keeping Your Things Away From Them

Another thing is that they like to chew on almost everything else. They can wreak havoc to your furniture and even some of your appliances if you don’t manage them properly. Ferrets can also attack wires which can be quite dangerous for your house and your ferret. If you are going to acquire one, always make sure that it is friendly enough for you even for the first time. One of the tell-tale signs is they don’t bite you after touching them. Once the relationship is established, there is little chance of them ever attacking you or your furniture.