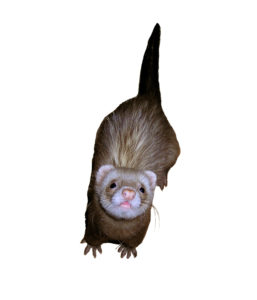 Ferrets despite being adorable pets are carnivores and can raise questions about whether “do ferrets recognize their owners” in the minds of prospective pet enthusiasts that decide to have ferrets as pets. Ferrets have often been compared to dogs and wild mustelids that were domesticated by humans for about 2500 years.

One look at them can give people the impression these animals are irresistible but the question about whether they really recognize their owners continue to remain. Let us look at why this impression must change in the minds of humans.

Research Has Evaluated Whether Ferrets Recognize Their Owners

Research was conducted to understand how different animals interact when they come into contact with humans in particular with dogs and ferrets. It is well-known that dogs are attached to humans and researchers were trying to understand whether ferrets also reacted similarly. Food is an important requirement of animals including pets and the research conducted determined that animals had a connection with the owners and food.

The researchers considered eye contact between the animals and the owners especially among pets such as ferrets and dogs including mustelids.

Ferrets and canines had eye contact with their owners for longer periods than other people to give an indication they recognized one individual as the owner resulting in a bond developing between them.

Compared to ferrets and dogs, wild mustelids that were domesticated by humans did not display any interest in eye contact even after looking at their owners. Therefore it was concluded that eye contact alone was not significant in creating a bond between animals and their owners.

Food Has A Significant Role to Play In The Recognition

Researchers also used the most important factor in an animal’s life is food. The animals used for the research were offered food by their owners as well as other people.

While dogs and ferrets did not hesitate to take food from the owner they did not display similar characteristics when the food was offered by others.

On the contrary, mustelids were not as concerned and accepted food offered by anybody. This part of the research proved beyond doubts that ferrets along with dogs indeed recognize their owners.

Crucial Research Which Distinguished Ferrets And Dogs From Other Animals 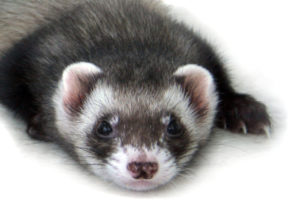 The researchers conducted a third test which required the owners and other individuals to point at a bowl of food which they had set aside individually for the animals without touching it. The results were indeed surprising because dogs and ferrets only chose to have food from the bowl pointed by its owner while the mustelids were happy to have the food from every bowl. Ferrets are known to be finicky eaters and would definitely have displayed similar behavior even when they were offered ferret treats during the research. They would have shied away from other individuals preferring instead to accept that treats only when offered by their owners.

Why Do Ferrets Make an Attempt To Recognize Owners?

Ferrets which belong to the weasel family are known to be curious animals. When domesticated and retained as pets they look forward to exploring the entire house to make it their own territory.

They also become highly attached to the owners and members of the family enough to display a dislike for visitors.

They do not hesitate to nip visitors if they are mishandled because they can get temperamental to display a protective attitude towards their family. This should be a clear indicator that they have their preferences and are willing to stick by them to display their loyalty to their owners as well as members of the family.

Should You Have Ferrets As Pets Considering The above Information?

If you are looking for a funny pet which is nontraditional the ferret should be an obvious choice for you. The possibilities of you not having enough information about ferrets is high apart from the fact that these creatures are adorable, mischievous, and will take some time from you. You may also want to understand whether they are as loyal as dogs or cats who in most cases accept you as an owner within a short time.

A ferret will certainly take some additional time from you before it becomes accustomed to accepting you as the owner.

It may also give you some anxious moments as it plays around and even nips you a couple of times before it finally settles down as the new cute member of your family. I hope that this article has taken the question of do ferrets recognize their owners out of your mind and sent it into oblivion.