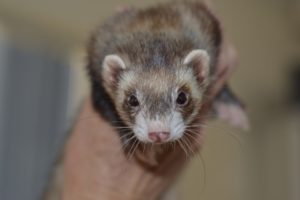 Helpful Information You Should Know!

You will be amazed when you learn some ferret facts to instantly decide you want to have a ferret as a pet without further thought. These animals have a long history of over 2000 years when the animal was initially domesticated by hunters to ferret rabbits out from their hiding spots as well as to catch tiny animals such as mice and rats. These mischievous animals will not just keep you amused with their antics but will also leave you amazed with their history.

The Ferret Facts You Cannot Ignore!

The term ferret is Latin and means “little thief.” You will be amused by this ferret information because one of the activities favored highly by this animal is to steal things and hide them. Some endangered species of the ferret such as the black-footed ferret was believed to be extinct in America but it was recently discovered again.

Ferrets are quick to learn and have habits similar to cats when they need to relieve themselves.

They can be trained to use the bathroom or other places in the home, how great is that!

Are Ferrets Popular in America? 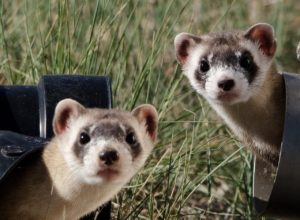 Would you be surprised if provided the information that approximately 5 to 7 million homes have ferrets as pets in America? This information about the animals shouldn’t surprise you because the ferret is acknowledged as the most popular mammal among pets after dogs and cats in the United States. Ferrets have a lifespan of approximately 15 years although most survive for about 6 to 10 years.

Can You Add Color To Your Home With Ferrets?

Ferrets are certainly colorful although they are born white. Their color begins to change at around three months of age and they can develop into a variety of colors which could include cinnamon, silver, chocolate, sable, and albino. Therefore if you are color conscious you definitely have options to choose from and have a ferret suitable to the colors in your home.

If Ferrets Are Playful And Mischievous How Can You Manage Them?

Undoubtedly ferrets are playful, mischievous and love to explore their surroundings. Managing these animals may appear as a hassle but there is no reason for you to remain concerned.

Ferrets are usually asleep for up to 15 to 20 hours a day at a stretch of four hours on a single occasion.

You simply need to provide them some attention when they are awake and are out of their cages for some exercise for themselves or to provide some entertainment to you.

How Intelligent Are Ferrets?

Ferrets are acknowledged as intelligent pets capable of learning things fast enough. Earlier ferrets were being trained for carrying cables through pipes and tunnels and in places where humans couldn’t enter. These mammals definitely haven’t lost their intelligence and still retain their ability to learn whenever they are given an opportunity.

Therefore, ferrets can be identified as intelligent mammals which can be trained according to domestic requirements.

Apart from being intelligent ferrets are perhaps the only mammals which can flatten themselves to crawl through tiny spaces.

Ferrets are members of the weasel family that are born deaf and blind and develop the ability to hear and seeing things only after they are about 34 days old. They are also the only member of the family which has been domesticated by people as pets.

Newborn ferrets are tiny and can be accommodated in a teaspoon and weigh just 1 ounce at birth. A full-grown ferret can be about 20 inches long with a weight of up to 4 pounds. Ferrets have a keen sense of smell and hearing but are also nearsighted.

New York City, California, Washington DC and Hawaii have mandated that it is illegal to have ferrets as pets and so have some communities in various states. People looking forward to having ferrets as pets must be prepared to invest a sum of about $100 if they decide to purchase the pet from a store. Ferret food will cost an additional $25 every month and the cages are available at a cost starting from $60 and rising up to $500 depending on the variety chosen by people.

Can You Give Your Pet Ferret A Bath?

So now you have a ferret, you love the animal and are making every effort to give it a good life. You may also want to bathe the ferret to make it appear cleaner. Your intentions will certainly be great if the ferret has been de-scented but if it hasn’t your effort will only result in a pet which smells bad. You need to understand ferrets just need to be bathed occasionally limiting the activity to about a few times every year.

Having gone through the ferret facts provided in this article you should be in a better frame of mind to determine whether you should be having a ferret or two as pets in your home or not. The decision shouldn’t be difficult for you because the benefits of having a ferret outweigh by far any issues you may encounter with them.