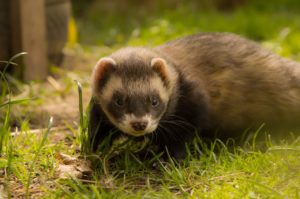 Just every lover of animals will be able to give you information about the typical lifespan of a cat or a dog but would be lost for words if he or she is asked about a lifespan of a pet ferret. Despite around 350,000 American households having ferrets as pets, the information about their lifespan isn’t as commonly available as that of other pets. Ferrets are not large as Labradors or tiny as Persians but people considering having ferrets as pets must have an understanding of their lifespan because these jovial critters certainly need to be understood better.

How Long Is The Lifespan Of A Ferret?

Studies conducted have determined it is more difficult to determine do ferrets live long? This is because there is varied information about the actual lifespan of a ferret. Some publications have mentioned these animals can live for a decade or more but the facts are entirely different.

The lifespan of the American ferret is considerably shorter than its counterpart from the 80s which was when the ferret became popular in America after being an indigenous species of Europe.

Regardless of life expectancy, people deciding to have them as pets must understand the animal is making a lifetime’s commitment to them and will also provide plenty of happiness and fun. 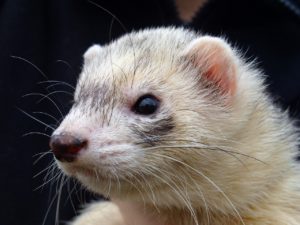 How Long Can Pet Owners Expect Ferrets To Live?

Here again, the information available from different sources varies with some stating these animals may have a lifespan of 5 to 9 years depending on whether the ferret was purchased from a pet store or a breeder.

Information is also available that the oldest ferret ever recorded lived up to 15 years.

Therefore ferret enthusiasts must be prepared to give the animal the time it deserves by ensuring it gets the best care possible and leads a healthy life.

As a pet owner, there are several things you can do to ensure your pet will remain healthy and happy for as long as possible. Giving your ferret a healthy diet which is high in protein, taking it for annual veterinary checks as well as for diagnostic testing as recommended is something which you cannot afford to ignore.

You are also suggested to take care of the emotional health of the animal just as you do to keep its physical health in good condition. Helping the animal remain mentally stimulated with toys, people, interaction with other animals if possible along with sufficient time out of their cages will ensure the ferret remains physically and mentally healthy.

Should You Choose A Ferret From A Pet Store Or A Breeder?

Ferrets in pet stores are spayed and neutered by the time they are five weeks of age which is not usually the case with breeders who recommend such actions to be taken only after the ferret is a year old. The difference is to allow the hormones of the ferret to develop fully before it is spayed or neutered.

It is perhaps the reason why ferrets purchased from breeders tend to have a longer lifespan than their counterparts from pet stores.

When you decide to have ferrets as pets you need to consider all the factors mentioned in this discussion before you make a choice either to purchase the ferret from a pet store or a breeder. You can even consider adopting one from another pet owner who may be offering the animal for adoption. However, you need to understand you are having the ferret for its lifetime and be prepared for the long haul of at least 5 to 9 years or more.

Is There Any Other Option For Me To Purchase Ferrets?

You will perhaps need to go back in time and utilize the option which was used earlier by ferret enthusiasts that decided to import these animals from across the Atlantic when they first became a craze in the United States. Ferrets are indigenous to Europe and the conditions out there possibly suit them better as they seem to have a longer lifespan. However, if your options are limited to buying the animal from within the country you are advised to choose one from a breeder confident in the knowledge that their lifespan will be better than an animal purchased from a pet store.